On the High Trail, just below Scout Peak, I pulled out a map to orient myself. I was also curious how well my smartphone’s mapping program was working. The phone had been in airplane mode for most of my stay in the park since there hadn’t been a signal since turning off Highway 25. This is one of the fringe benefits of Pinnacles: No TV, no phone, and no Wi-Fi; a perfect place for a digital sabbatical. I resorted to using my SPOT beacon to send “I’m okay” messages to my wife, who was warned ahead of time about the lack of phone coverage. (There turned out to be a working payphone at the visitor center if a need arose.)

On a whim I decided to check if I could get a cell signal from my lofty perch. There was coverage, and almost as soon as the 4G symbol popped up, a notification appeared. I opened the message, but was unprepared for the news it brought. There’s never a good time for bad news and this day was no exception, but looking back, it turned out to be the best time for me to find out.

Pinnacles National Park is the country’s newest National Park. Established January 10, 2013 from what was formerly Pinnacles National Monument (which itself was created way back in 1908 by Teddy Roosevelt) the Park provides ample hiking and climbing opportunities. This isn’t an overly developed park. There is a campground, and a visitor center with a small store, but no restaurant. The campground has water and restrooms, and even coin-operated showers, but many of the sites lack shade, which is something of a necessity during the summer months when temperatures are routinely in the 90s and 100s and above. (Hot Tip: Avoid the park in the summer.)

My primary objective for the trip was a hike of the High Peaks Trail, but there was plenty of time left on my first day after setting up camp so I checked with the ranger at the visitor center for suggestions. Ranger Linda was on duty that afternoon and she was a wealth of information. Ranger Linda is very familiar with the park, the trails, and the current conditions. Every suggestion and bit of information from Linda was spot on. When I mentioned my plans for the High Peaks Trail, she suggested doing the route in a clockwise directions, the reverse of how it was described in Backpacker The National Parks’ Coast to Coast book. Armed with her recommendations, the afternoon was spent enjoying a walk along the Bear Gulch Trail, pleased there were still some lingering wildflowers. 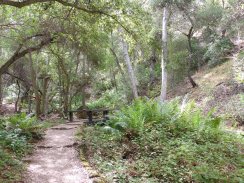 There was heavy drizzle overnight, but it was clearing as I made my way up the High Trail and, due to weather, being mid-week, and my early start, I was alone on the trail for most of the morning. My neck was often craned hoping to spot an endangered California condor which frequent the area, but I failed to observe one during my visit. 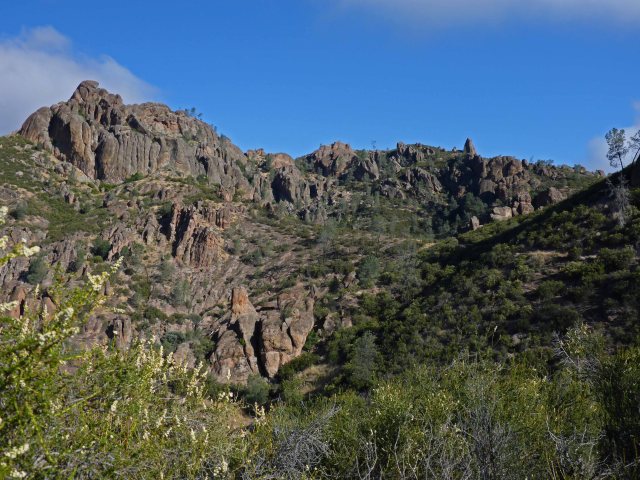 Stopping for a break near Scout Peak, I soaked in the breathtaking panorama and pulled out my map and phone… 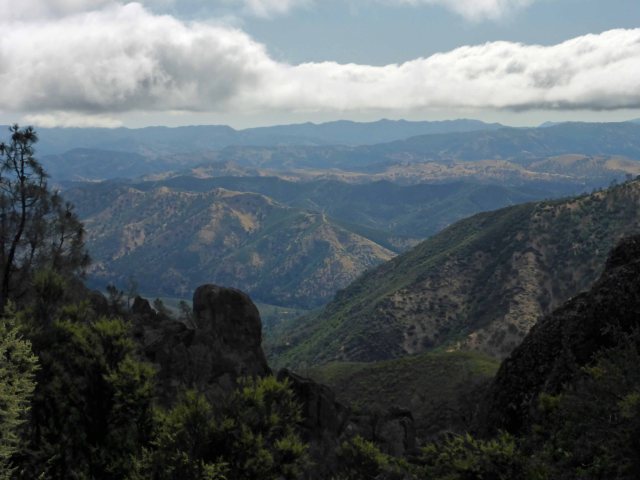 The message on the phone was grim. A friend had suffered a stroke and wasn’t expected to survive. Stunned, I sat down and looked out across a vast panorama; somehow the view looked different than it had just a few short minutes ago. My mind raced back to Christmas and Roger’s message to me to bring Ruth out to Florida for a visit. He had an extra kayak, a double, we could use and he had several places he want to take us to. All that was left now was a sense of loss and a memory that could never be.

Steve’s message also contained an admonition for me: “Enjoy every minute of your retirement.   We can take some comfort in the fact that Roger enjoyed every minute of his life.” It was a reminder of my own recent brush with mortality. I took the opportunity to send a reply to Steve, thanking him for letting me know, telling him where I was, and that this was “a good place to remember Roger. And a good place to remember how fortunate I am.” A call to my wife followed. I told her about Roger, and how much I loved her.

“Roger would have liked this place”, I thought when I was finally able to continue. There was hours of hiking left, up and down sections so steep that steps had been cut into the stone and hand rails installed for safety. The whole time memories of Roger kept flooding back. Good times. Funny stories. 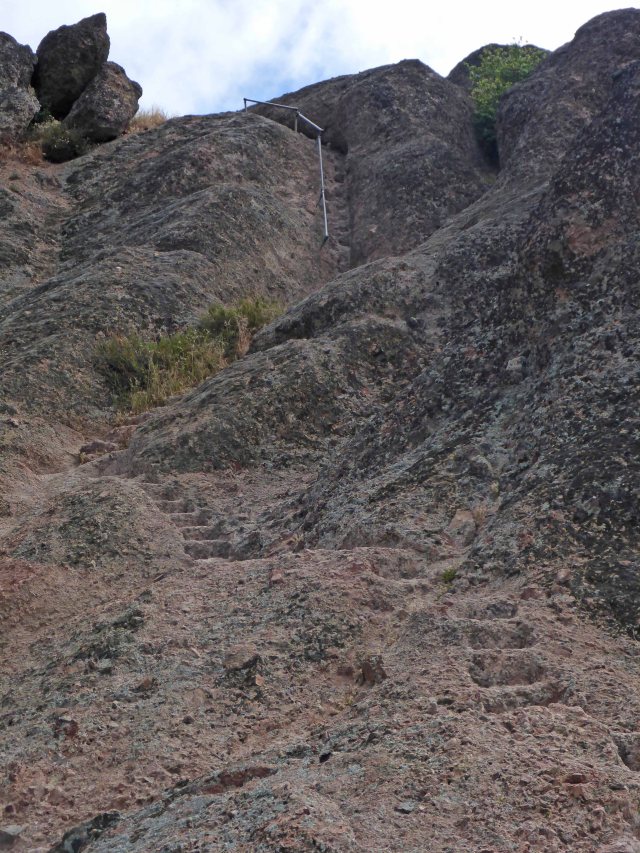 As I said earlier, there’s no good time for bad news, but here, among the High Peaks, in the relative isolation of Pinnacles National Park, I was able to come to peace with what had happened and the loss of another friend. There are no guarantees in life, other than no one makes it out alive. The fact that Roger enjoyed every minute of his life provided me some solace. And if there was any remaining uncertainty about my decision to walk away from my career and spend whatever time I have left with family, friends, and living adventure to adventure, those lingering doubts had vanished.

A hot shower beckoned after my hike among the pinnacles. Layers of dirt were washed away. Lethargy crept over me while drying off in the warm sun. The rest of the afternoon passed quickly until a rumbling stomach told me it was time to prepare dinner.

Night came on swiftly as I completed the more mundane aspects of camping out. Tomorrow would include a trip out to Balconies Cave before leaving the park. 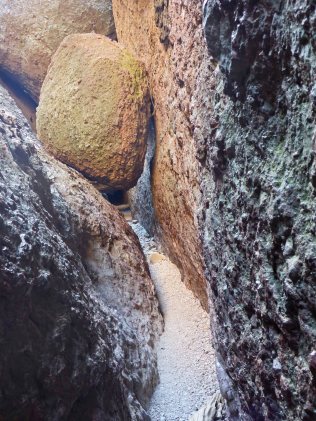 Another night would pass before I slept in my own bed. There would be rejoicing with a friend on her recent marriage, her smile the finest memory of the day, and even an opportunity to learn more about the secret lives of oaks. But for now, with stars shining ever brighter in the darkening sky, I said: “Farewell and Godspeed” to a friend.