If you haven’t heard of Butano State Park you’re not alone.  I hadn’t either, until I was listened to a KQED podcast on California State Parks and one of the guests mentioned it.  Nestled in the Santa Cruz Mountains, Butano State Park is smaller and harder to get to than more famous Big Basin Redwoods State Park, which helps to make Butano one of the quietest and least visited parks on the peninsula.

There was an open night in my itinerary between the Bay Area and Pinnacles National Park so I decided to pay Butano a visit.  Plenty of sites were available at Ben Reis Campground, the parks only campground (the campground is closed four months of the year) and booking a spot was easy online.

My original plan for this trip was to use my one person tent for both backpacking and camping; however, after spending a couple of nights in it at Point Reyes, I was less than enamored with using it as a camping tent.  When I bought the Nemo Obi 1P tent several years ago it was one of the lightest single person tents on the market, and it is still a good tent for the backcountry where every ounce matters, but I decided it would be nice to have more living space when car camping.  Reading the Sunday paper at my brother’s home, a Big 5 ad caught my eye.  A ‘four-person’ tent for under $35 dollars?  How bad could it be? There wasn’t any rain in the forecast and I would still have my one person tent as a backup.  Off to Big 5.  (This turned out to be some of the best money I’d spend this trip.)

Monday morning was used to visit the Presidio and Fort Point in San Francisco.  To say there is a lot to do in the area would be a gross understatement and a return trip is certainly needed. 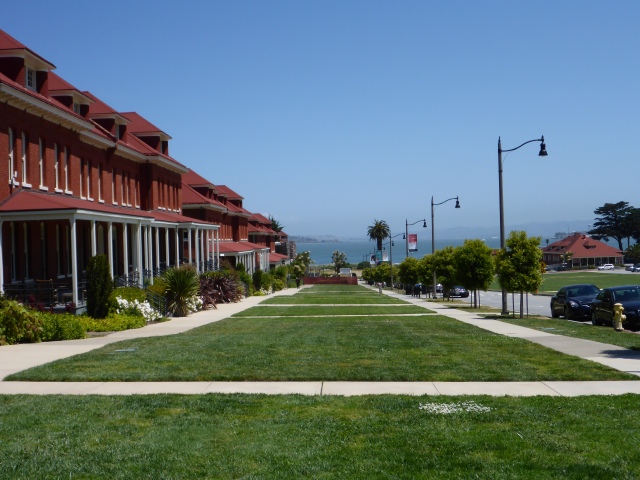 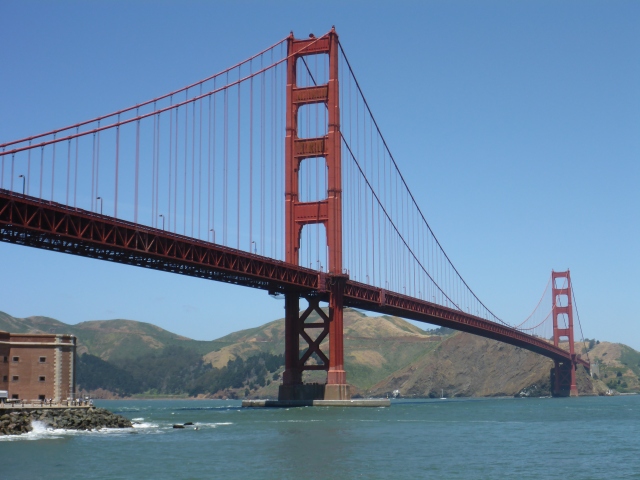 The route down Highway 1 past Half Moon Bay was as beautiful as I remembered and the light traffic made for a pleasant drive.  It didn’t take long to reach the turn off to Pescadero and from there Butano State Park.  You know you’ve found a quiet spot when the bars on your phone go to zero.  “No, I can’t hear you now.”

The kiosk at the park entrance was unattended when I drove in.  Just a note on the board confirming my reservation and site number.  The forested canopy enveloped me as I drove up the road. Sunglasses aren’t needed here.  My wooded campsite was as beautiful as any place I’ve ever stayed. 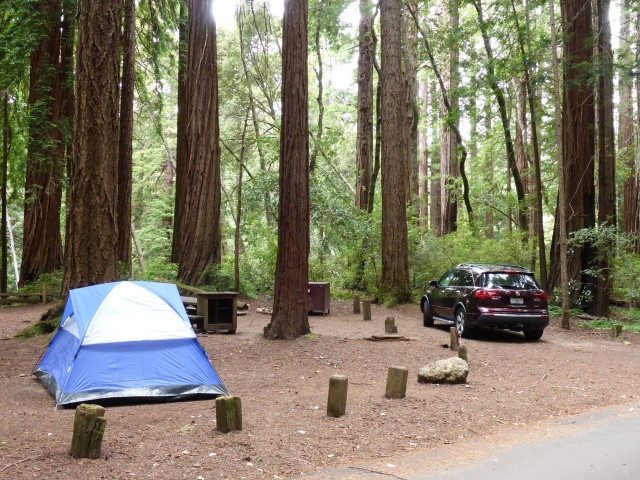 Tall redwoods were everywhere. You could feel the extra oxygen in the air.

Setting up the new tent for the first time was easy, though if the tent was pitched too tight, the zippers wouldn’t close.  On the bright side, there was enough headroom inside to set up my camp chair.

Another plus for Butano, at least for me, is all single-track trails at Butano are closed to bikes and horses.  Since there were several hours of daylight left and the Goat Hill Trail is accessible from the campground, off I went. 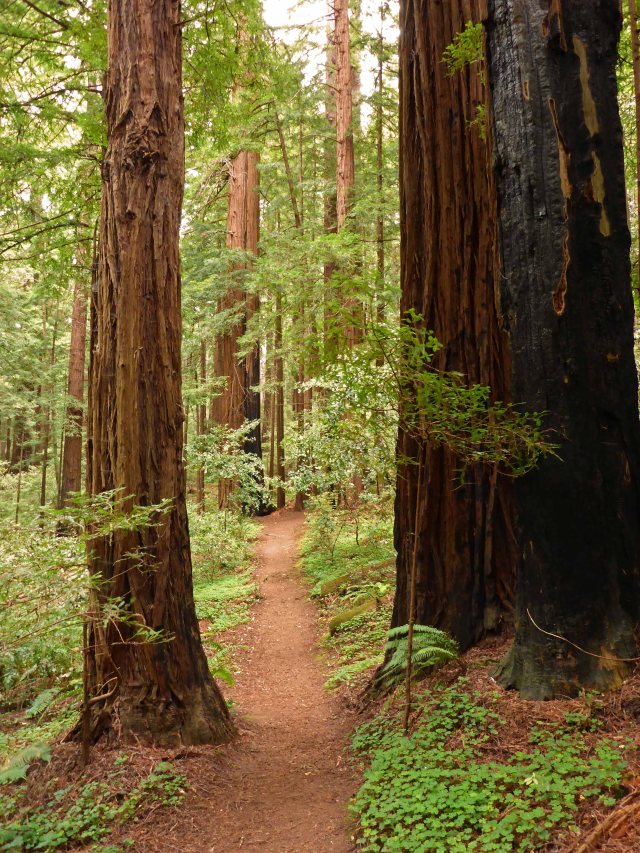 There was some logging done in this area and second-growth abounds, but there are still areas of old growth redwoods, and while the trees may not be as large as Big Basin’s, they were plenty big for me. 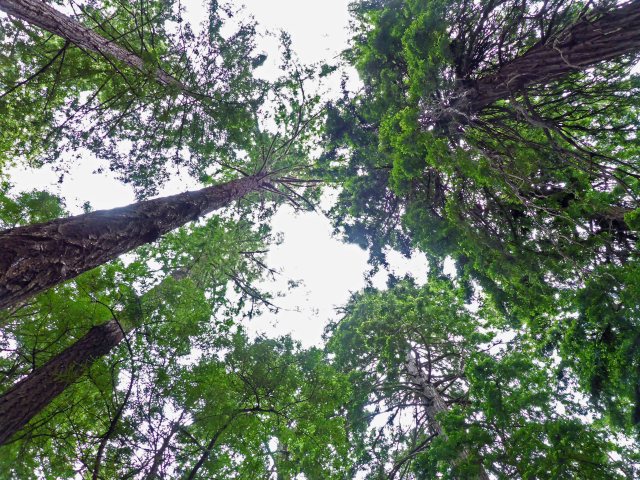 This is such a lush area. Tall trees, ferns, everything was so green; the sun never seemed to reach the trail. 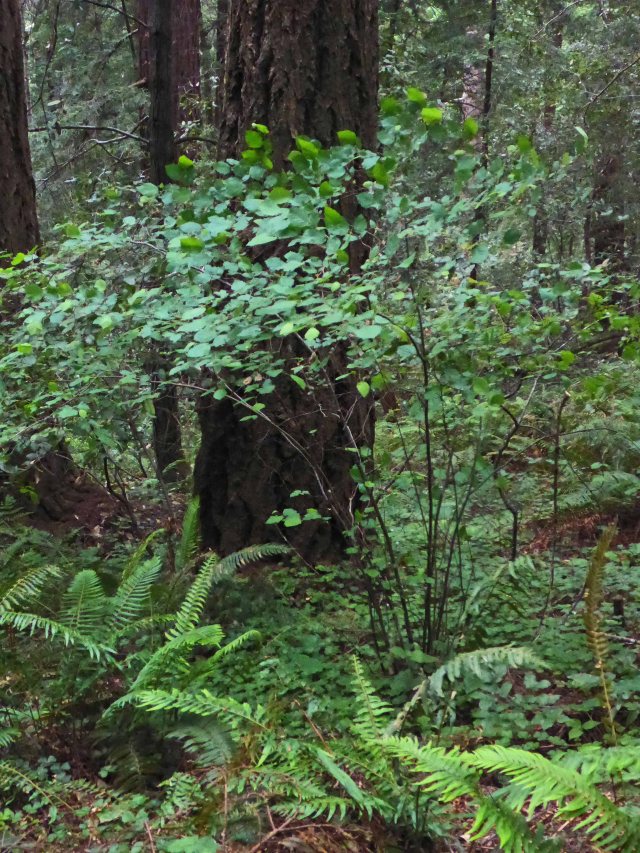 A note at the entrance booth mentioned the winter storms had caused damage to some of the trails but I didn’t remember which ones other than the trail to the backcountry campsites. After a while I passed an A-frame traffic sign on a dirt road, but nothing was written on it.  One part of me said “this is a good place to turn around”; the other part of me, the part that gets me in trouble said “keeping going, you can always turn around if things get sketchy.”  Did I remember to pack my SPOT beacon?  Yes.  And so I continued.  At Little Butano Creek I crossed the creek and headed back along the trail.  If you only have a few hours in the park, this is a nice trail to take. 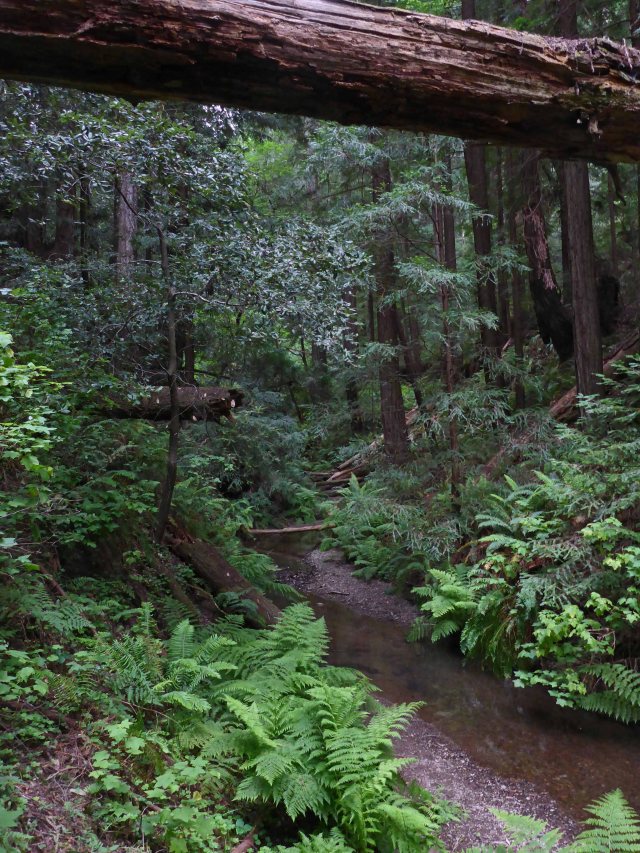 One of the bridges was worse for wear and this probably explained why I found some areas where the park had made some effort to discourage use of the trail. 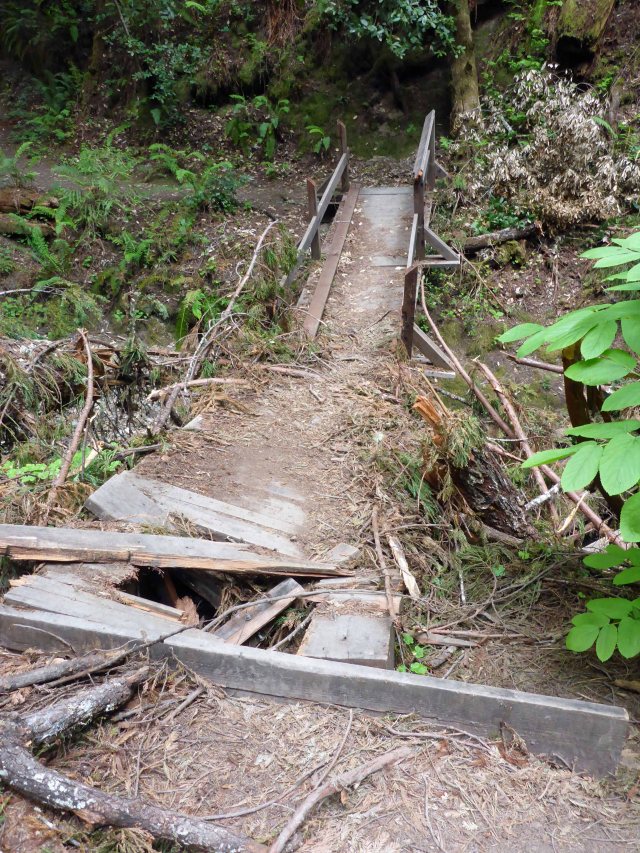 Since I was going in the reverse direction of most hikers, most of the effort to discourage trail use was seen on the way back to the start of the trail.  (This also explained why I hadn’t seen anyone else on the trail.)  To be fair, the trail was, for the most part, in good shape, and anyone used to traveling cross-country would have had no issues. 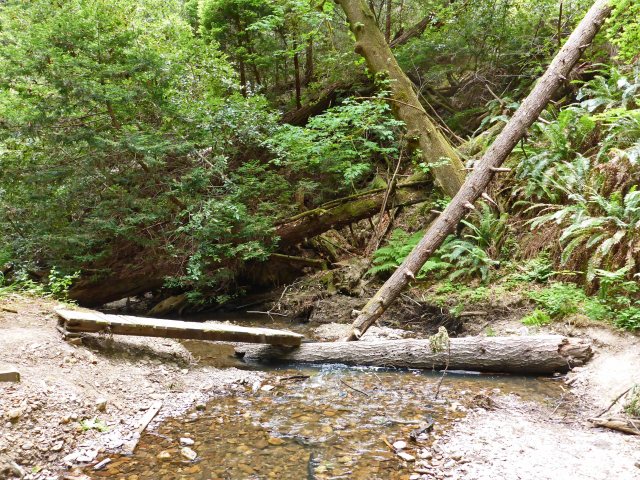 I was soon back at camp and dining on another tasty meal of quality backpacking fare. Then I retired to my spacious tent, hung my lantern and sat inside, with the bugs outside, reading my book and writing in my journal.  The morning would come soon enough, and with it a peaceful drive down the coast, a delightful visit with a high school classmate, before heading to Pinnacles National Park.  This night though, my thoughts were filled with the wonders of Butano and spending more time here on a future trip reveling in its wonders.